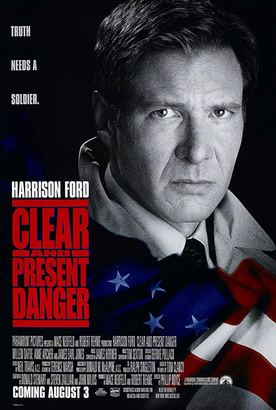 CIA Analyst Jack Ryan is drawn into an illegal war fought by the US government against a Colombian drug cartel.

Jack Ryan is back and this time the bad guys are in his own government. When Admiral James Greer becomes sick with cancer, Ryan is appointed acting CIA Deputy Director of Intelligence. Almost before he can draw a breath in his new position, one of the president's closest friends and his family are murdered in their sleep by what appears to by drug cartels. Ryan is called in to investigate, but unknown to him the CIA has already sent a secret field operative to lead an illegal paramilitary force in Colombia against cartels.
Things get even more complicated when his team is set up and he loses an agent in the field and a friend of his wife's, who was the murdered agent's secretary, is murdered that same day. Ryan must then risk not only his career, but his life to expose the truth behind the mystery.

Hide torrent description
Warning! Please enable your VPN when downloading torrents.
Your IP address: 18.204.227.34 Browser: ,
Hide your IP using VPN. Governments, hackers and corporations can record your activity whenever you’re online.
More info
We recommend you to use NordVPN when downloading torrents. It is paid service.
VPN Protect Your Privacy!
More info Become anonymous
Published on 12 April 2019 • Last updated: 04 May 2019