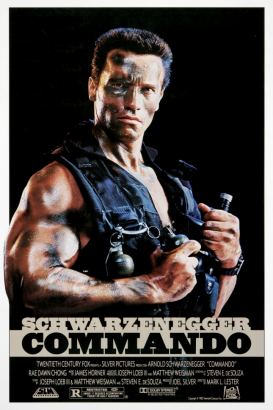 A retired Special Forces colonel tries to save his daughter, who was abducted by his former subordinate.

A retired special agent named John Matrix led an elite unit and has left the armed forces to live in a secluded mountain home with his daughter Jenny. But now he is forced out of retirement when his daughter is kidnapped by a band of thugs intent on revenge! Unbeknownst to Matrix, the members of his former unit are being killed one by one. Even though Matrix' friend General Franklin Kirby gives Matrix armed guards, attackers manage to kidnap Matrix and Jenny. Matrix learns that Bennett, a former member of his Matrix' unit who was presumed dead has kidnapped him to try to force Matrix to do a political assassination for a man called Arius (who calls himself El Presidente), a warlord formerly bested by Matrix who wishes to lead a military coup in his home country. Since Arius will have Jenny killed if Matrix refuses, Matrix reluctantly accepts the demand.
Hide torrent description
Warning! Please enable your VPN when downloading torrents.
Your IP address: 3.238.174.50 Browser: ,
Hide your IP using VPN. Governments, hackers and corporations can record your activity whenever you’re online.
More info
We recommend you to use NordVPN when downloading torrents. It is paid service.
VPN Protect Your Privacy!
More info Become anonymous
Published on 12 April 2019 • Last updated: 06 March 2021