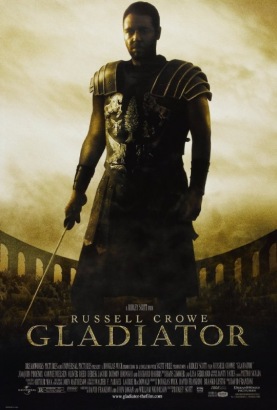 When a Roman General is betrayed, and his family murdered by an emperor's corrupt son, he comes to Rome as a gladiator to seek revenge.

Maximus is a powerful Roman general, loved by the people and the aging Emperor, Marcus Aurelius. Before his death, the Emperor chooses Maximus to be his heir over his own son, Commodus, and a power struggle leaves Maximus and his family condemned to death. The powerful general is unable to save his family, and his loss of will allows him to get captured and put into the Gladiator games until he dies. The only desire that fuels him now is the chance to rise to the top so that he will be able to look into the eyes of the man who will feel his revenge.
Hide torrent description
Warning! Please enable your VPN when downloading torrents.
Your IP address: 3.236.82.241 Browser: ,
Hide your IP using VPN. Governments, hackers and corporations can record your activity whenever you’re online.
More info
We recommend you to use NordVPN when downloading torrents. It is paid service.
VPN Protect Your Privacy!
More info Become anonymous
Published on 23 February 2017 • Last updated: 16 November 2018