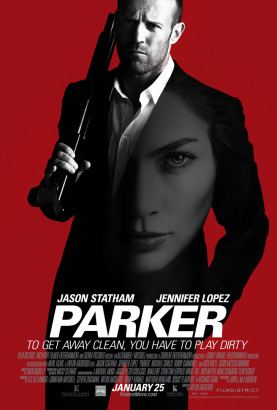 A thief with a unique code of professional ethics is double-crossed by his crew and left for dead. Assuming a new disguise and forming an unlikely alliance with a woman on the inside, he looks to hijack the score of the crew's latest heist.

Parker is a thief who has an unusual code. He doesn't steal from the poor and hurt innocent people. He is asked to join four other guys on a job. They pull it off flawlessly. They tell Parker that what they got can help them set up another job which will net them much more. But Parker doesn't want to join them and asks for his share. But they need it all so they try to kill him. They dispose of his body but someone finds him--he is still alive--and takes him to the hospital. After recovering he sets out to get back at the ones who tried to kill him, another one of his codes. Despite being told that they are working for a known mobster which he was not aware of, he still wants to go after them. He learns where they are and poses as a wealthy Texan looking to buy a house. So he hires a real estate agent, Leslie Rogers to show him around. He is actually trying to find out where they're holed up. And when he finds it, he sets out on his plan to get them. But when they learn he is alive, ...
Hide torrent description
Warning! Please enable your VPN when downloading torrents.
Your IP address: 3.236.82.241 Browser: ,
Hide your IP using VPN. Governments, hackers and corporations can record your activity whenever you’re online.
More info
We recommend you to use NordVPN when downloading torrents. It is paid service.
VPN Protect Your Privacy!
More info Become anonymous
Published on 12 April 2019 • Last updated: 07 March 2021