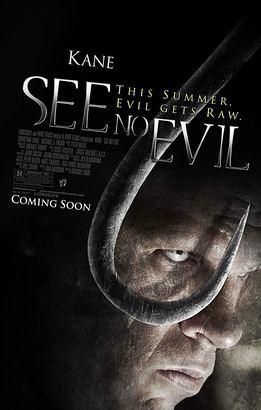 A group of delinquents are sent to clean the Blackwell Hotel. Little do they know reclusive psychopath Jacob Goodnight has holed away in the rotting hotel. When one of the teens is captured, those who remain - a group that includes the cop who put a bullet in Goodnight's head four years ago - band together to survive against the brutal killer.

While investigating a call in an abandoned house, Officer Frank Williams and a rookie find a woman brutally blinded, but they are attacked by a huge psychopath with an ax; the rookie is killed and Frank shoots the criminal in the head, but has a severed arm. Four years later, the mutilated Frank is relocated, working as a guard in the County Detention Center. Frank goes with some delinquents to the Blackwell Hotel, an abandoned place since a fire burnt the last two floors, with the purpose of cleaning the location, preparing it to work as a shelter for the homeless; in return, the criminals will have their sentences reduced. During the night, the inmate Kira who has some Christian tattoos on her body is kidnapped by the deranged serial-killer Kane who collects the eyes of his victims, while the rest of the group is attacked by the psychopath with his ax.
Hide torrent description
Warning! Please enable your VPN when downloading torrents.
Your IP address: 3.235.139.152 Browser: ,
Hide your IP using VPN. Governments, hackers and corporations can record your activity whenever you’re online.
More info
We recommend you to use NordVPN when downloading torrents. It is paid service.
VPN Protect Your Privacy!
More info Become anonymous
Published on 12 April 2019