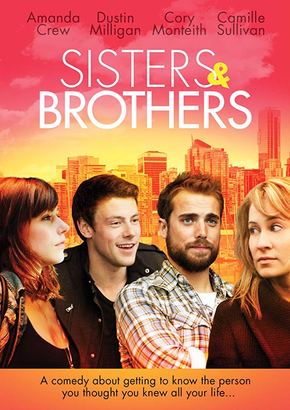 An ensemble comedy about the love and dysfunction shared among four sets of siblings.

Four separate sets of stories about Vancouver based siblings are told. Rory has just flown down to Los Angeles to spend time with Justin, his Hollywood movie star brother. Rory once had minor success in Hollywood as an actor, and encouraged Justin to give Hollywood a try. Once close, their relationship has changed by Justin's stardom, especially as Rory tries to find his place in the world. Jerry, a schizophrenic, is at a crossroads in his life. As such, his sister, Louise, feels that she needs to take care of him, especially as he was her protector when they were growing up.

Louise would like to tell Jerry what she really thinks but doesn't know if she is brave enough to tell off a mentally ill person. Their relationship has an added complication in Ringo, Jerry's new ageist lawyer. Nikki doesn't see her older half sister Maggie much, only when Maggie calls whenever she is in trouble and needs help.

Nikki, a struggling actress, would like a "Nikki" in her life, which she really needs as she deals with Henry, a so-called producer willing to give her her big break. And seventeen year old Sarah, an only child, has troubles communicating with her mother, Marion, the two who each feels the other takes up every ounce of emotional space in their household. The arrival of thirty-something South Asian Sita into their lives may show both what they have been missing in their relationship.

Hide torrent description
Warning! Please enable your VPN when downloading torrents.
Your IP address: 3.238.174.50 Browser: ,
Hide your IP using VPN. Governments, hackers and corporations can record your activity whenever you’re online.
More info
We recommend you to use NordVPN when downloading torrents. It is paid service.
VPN Protect Your Privacy!
More info Become anonymous
Published on 12 April 2019 • Last updated: 04 May 2019