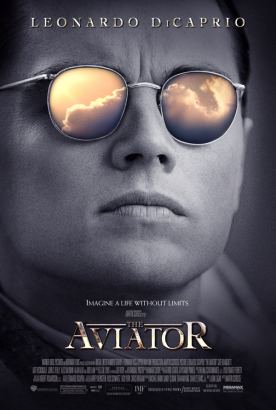 Biopic of billionaire Howard Hughes, starting with his early filmmaking years as owner of R.K.O. Pictures, but mostly focusing on his role in designing and promoting new aircraft. Hughes was a risk-taker spending several fortunes on designing experimental aircraft and eventually founding TWA as a rival to Pan Am airlines owned by his great rival Juan Trippe. When Trippe's politico Senator Ralph Owen Brewster accuses Hughes of being a war profiteer, it's Hughes who gains the upper hand. Hughes also had many women in his life including a long relationship with Katharine Hepburn. From an early age, however, Hughes was also germophobic and would have severe bouts of mental illness.