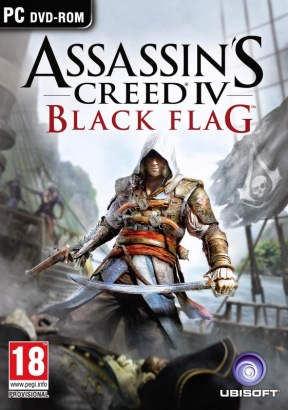 It is 1715. Pirates rule the Caribbean and have established a lawless pirate republic. Among these outlaws is a fearsome young captain named Edward Kenway. His exploits earn the respect of pirate legends like Blackbeard, but draw him into an ancient war that may destroy everything the pirates have built.

Samples taken from Desmond Miles' body in the moments after his death have enabled Abstergo Industries to continue to explore his genetic memories using the Animus' newfound cloud computing abilities. The unnamed player character is hired by Abstergo Entertainment, from their Montréal headquarters, to sift through the memories of Edward Kenway, an eighteenth-century pirate, the father of Haytham Kenway and the grandfather of Ratonhnhaké:ton. Ostensibly, this is to gather material for an Animus-powered interactive feature film, but in reality, Abstergo—the Templars of the present time—are searching for a First Civilization structure known as the Observatory, and are using the memories of Edward Kenway to find it.