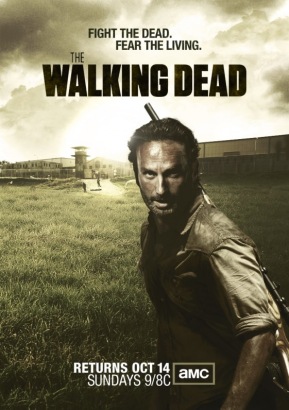 Set several months after the attempted attack on the prison by The Governor and his army, the season continues the story of Rick Grimes, who renounced his leadership in order to live a quiet and more peaceful life in contrast to his cold-hearted nature in the previous season. Striving to hold onto humanity, Rick and his fellow survivors struggle to maintain their close to an ideal life at the prison as problems arise in the face of new evil, and threats within and outside the premises, including a deadly flu strain and the return of the atrocious Governor.

Rick's group has brought the survivors from Woodbury into the prison, and Rick has renounced leadership of the group. The prison has proven a safe haven for many months, while Michonne continues to search for The Governor, fearing his retribution. Patrick, one of new survivors comes down with a fatal illness, dies, and reanimates as a walker.