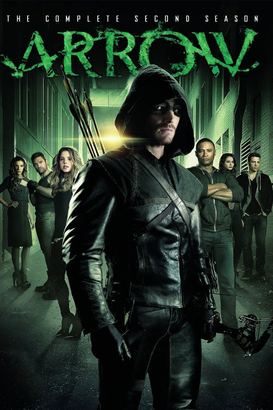 Following the destruction of the Glades and Tommy's death, Oliver returns to the island alone as penance for failing the city and Tommy. Laurel is revealed to be working for the District Attorney. Felicity and Diggle arrive and convince Oliver to return, informing him that Moira is awaiting trial while Queen Consolidated is under the threat of takeover and dissolution by Isabel Rochev.

Oliver learns a group of vigilantes, dressed like the "Hood", are killing others as a retribution for the earthquake. They target Oliver twice before kidnapping Thea. Oliver saves her without killing anyone and leaves the vigilantes for Quentin Lance, who has been demoted to patrol officer. Roy is also trying to protect the Glades, and is rescued by an unknown female vigilante. Using Walter's help, Oliver saves his company and forces Rochev to accept a partnership. Thea reconciles with Moira. Oliver decides to honor Tommy's memory by becoming a hero in Starling City, and finding a new name for his alter-ego. In a flashback, Oliver, Shado, and Slade encounter new armed men after months of believing to be alone. The newcomers are revealed to be searching some specific graves.