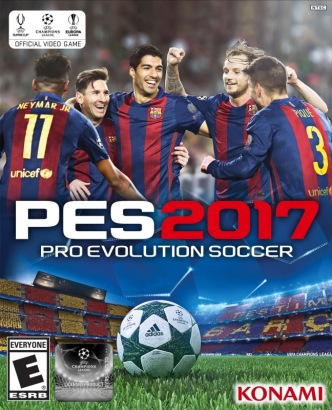 In PES 2017, the 1st touch is calculated by player attributes, as well as the further inclusion of real ball physics directly controlled by the input ball touch. See how different players control the ball in unique and different ways based on where and how you control them, dictating the flow of the game based on how they react to the unpredictable movement of the ball.

The award winning series returns taking the famed gameplay to a new level by achieving interactive reality in both control and new authentic visuals.

Control Reality in Pro Evolution Soccer 2017 with these new features:

Included in the RePack commentary voice:

Commentary voices can be selected in the game settings separately from the interface language.